5 ES6 features you need to know 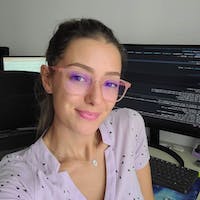 Learning any modern frontend framework requires knowledge on some great features of JavaScript ES6. From my experience I thought of sharing 5 features of ES6 that I encountered using most often. So, in this post I will share simple explanation of the following features:

Let and const are introduced as new features that serve as a replacement of famous var to declare variables. It is highly recommended to use them in order to avoid accidental mutation of variable values.

let - this should be used to declare a block-scope local variables by optionally initializing it with a value and can be re-assigned to a new value when needed.

There are a few differences between let and var. Let check the major ones:

const - is used to declare a constant block-scope (similar to'let') variables and is necessary to be initialized in the same line where it is declared. Also, a constant cannot be changed through reassignment and cannot be re-declared.

For example, when using the React library it is typical to declare functions using const, such as functional-based components.

Essentially arrow functions are an alternative to creating functions, but apart from the short syntax, it has some differences compared to the regular form.

The syntax of an arrow function is:

An arrow function does not have its own binding of this which is considered as its main advantage. Also, it does not have binding to super, arguments or new.target keywords which means that they are not suitable as constructors. By the lack of this, the function ends up finding the this from the enclosing scope.

These two operators have the same syntax, that is "..." (yeah, it's actually three dots) and their naming is based on the context and the way that they are used. So, the spread operator allows to pull out elements of an array, or the properties of an object separately. As an example:

Whereas, the Rest operator is useful for cloning arrays and objects into a different variable. Since both are reference types, this operator comes in handy to prevent unintentional mutation.

This feature allows to easily extract values of array elements or object properties and store them in variables.

This is very useful when working with function arguments. When not using this feature, when one property of an object is needed the whole object needs to be passed in order to have access. However, destructuring allows pulling out only the needed properties, which results into a more condensed code. Consider the following:

Essentially, we get the same result but we save some lines of code by pulling out only the needed property.

I hope you enjoyed this short article and that you'll find it useful to start learning any modern framework.

Any feedback/suggestion/comment is highly appreciated ^_^ 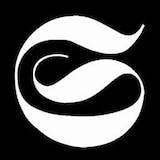 Regarding the spread and rest operator, why does it have two names when it does the same thing in both cases? It does spread the values in both cases, right ? 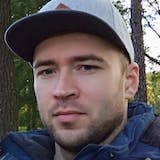 I guess it depends on point of view.

When you call function (or fill array, object) and try to pass a few arguments it is "spread":